Dr. Jonathan Jefferson (who prefers to go by “Jon”) recently made his third sponsor visit, this time with 17-year-old Abner, in Guatemala. Prior to the trip, Jon knew he was helping Abner make positive changes in his life through sponsorship, but he had no idea his letters to Abner were also having such a significant influence on the young man. His story demonstrates the power of one sponsor helping one child transform his life.

Tears welled up in the eyes of the strong, proud face of Abner’s mother, Mari, as she recounted this story. It was the moment she discovered the positive impact my words were having on her son. Months before, Mari said, Abner had asked his mom if he should write me about his struggles with anger. Mari encouraged him to do so. At that time, I was meditating regularly for 20 minutes once or twice a day. In my letter responding to Abner’s anger issue, I suggested that he find a quiet place to clear his mind. This calming method might help him to avoid harming relationships with the people he loves.

Mari told me and the Children International staff seated around the table that she learned of my advice on a day that her teenage son went missing for hours. She found Abner in an abandoned house near their home. When she asked Abner if he was okay, he placidly responded that he was fine. Abner explained to her that he was applying the advice he received from yours truly.

Did I hold it together after hearing this story? Barely.

Feeling inspired by the power of words? WRITE YOUR CHILD

Such moments confirm in me that a little love goes a long way. Sponsors may rarely experience, witness, or learn about the fruits of their efforts; however, the seeds they plant are growing hope in ways they can hardly imagine.

My childhood was rich with diversified experiences. Born and raised in New York City while spending summers on a farm in upstate New York. Growing up in an African American community, but attending school ten miles from home in a predominantly Jewish neighborhood. Competing in mixed-age contests of baseball, basketball, football, and a variety of games in the city. Climbing trees, catching frogs, wrangling up snakes, and bottling insects in the country. All of this while being the seventh of eight children of hardworking parents who provided an abundance of love and support.

Unlike my parents, I do not have many mouths to feed. On some level, every child needing support has become my own. This may be why I became a foster/adoptive parent, volunteered for The Fresh Air Fund (which sends city kids to the great outdoors), and now sponsor with Children International.

My career in education as a teacher and coach provided me with the time to introduce children to nature and travel. Becoming a school administrator has afforded me opportunities to visit the children I sponsor. Visiting a sponsored child transforms a virtual relationship into a deeply personal one.

In 2016, I visited my sponsored child Rosanyi at the CI center in Santiago, Dominican Republic. Upon touring this center, I was able to witness firsthand the work that is done for impoverished local kids. One room had teenagers learning English and dance, another featured younger children completing assignments on computers, and an entire floor was set aside for dental and medical care. To my surprise, a large table was piled high with basic household necessities, food, and clothing. It was explained to me that my additional donation of $150 USD paid for all of it, and Rosanyi did the shopping. These informative visits are priceless! 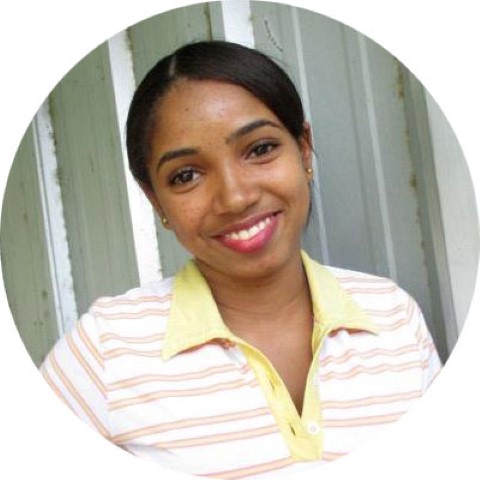 And the intangible benefits that kids receive via CI’s holistic approach to ending poverty are critical. CI’s Sports for Development is but one great example. Play is an integral necessity for the healthy development of mind, body, and spirit. Through play, children learn to regulate their emotions, follow rules, control themselves, solve problems, and make decisions. With age-mixed play, older children appreciate the creativity of the younger while younger children learn strategies from the older. Underprivileged youth deal with more than their share of physical and psychological pain. Play allows them to experience joy.

Organized team sports also benefit children by introducing responsible adults into their lives in the form of coaches. It was my high school track & field coach who unwittingly prevented me from dropping out of school by simply asking me to join his team. Teenagers the world over often ignore the advice of their parents or caregivers. The opposite is true when it comes to their coach. CI sponsors and staff act as life coaches for their mentees.

My advice to Abner: make good decisions, know that there is someone in the world who cares about you, and spread love to others throughout your life. 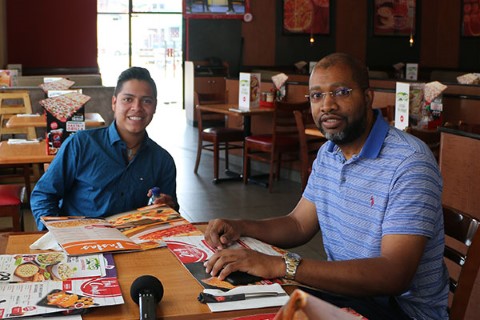 “I gain more from visiting my sponsored children than I could ever give,” Jon says.

I have sponsored through Children International for 14 years and counting. My life’s most precious moments occurred when I visited my sponsored children. The kids and their families gain a great deal physically, emotionally, academically and socially from sponsorship. But what a sponsor gains cannot be measured!

Read what others have to say about their gratitude for being a member of the CI family.

What an inspiring story

I feel blessed to share in the life of a precious child so life can be more meaningful and fulfilled.

By God's help, I am hoping to meet up with my child some day soon.

An amazing story. Was touched about the advice on meditating to help clear his mind regarding the anger He felt. Beautiful.

Beverly, visiting is such a humbling and life changing experience! How exciting that you hope to do soon!! Whenever you're ready reach out to our Care Team to get everything all set. You can call 1-800-888-3089 or email us at children@children.org 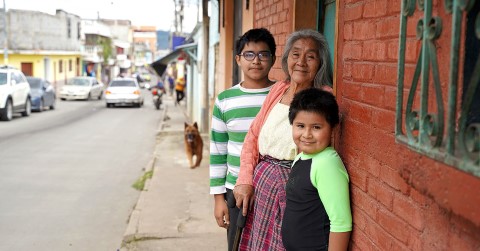 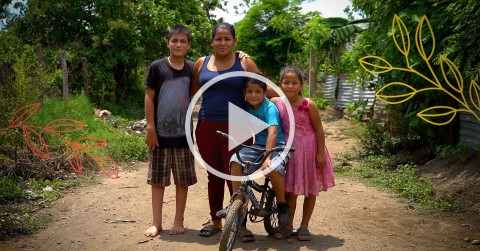 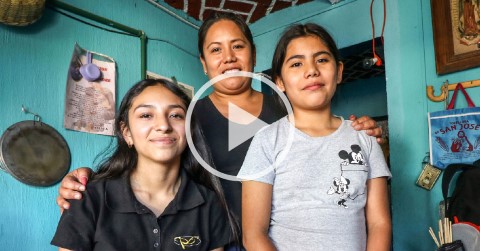