More about your child's schooling and home:

Water is the most basic component of survival.

Not surprisingly, a lack of access to clean water is closely linked to poverty, as frequent illness leads to health care and hospitalization costs and missed education and work opportunities.

The good news: Humanitarian organizations and governments are making strides in providing access to everyone on earth. In 2017, 71% of the global population now has access to improved drinking water sources.

Although Children International does not invest in water initiatives, we teach children and their families the importance of hygiene and clean water consumption through handwashing demonstrations, water purification instruction and more.

Below, you can learn more about the most common types of water sources you might see listed on your sponsored child’s family record. 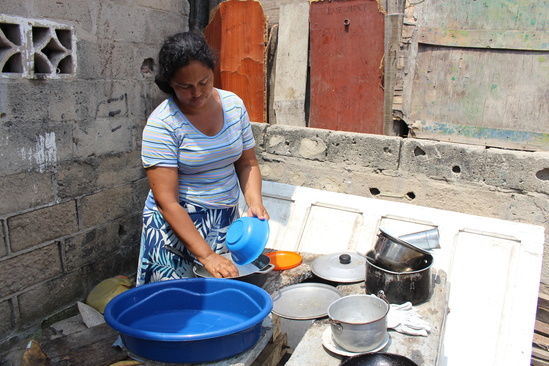 The majority of our sponsored families in Colombia has running water in their homes. Those who have this service pay about US$10 per month for water piped to their homes 2 or 3 times per week.

Those without a piped supply may obtain water through community faucets, from neighbors or purchase water delivered by truck.

Although many families get water piped into their homes in the Dominican Republic, the water is not safe for consumption. Other potential issues with this water source include:

Those who do not have water piped in must get water from community wells or buy from water-delivery trucks. 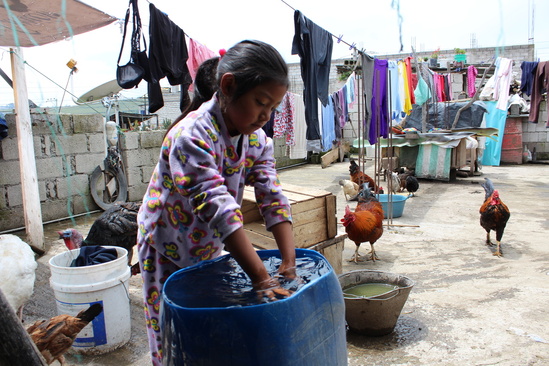 In Guayaquil and Quito, many of our sponsored families have potable running water in their homes, but access to piped water is usually not constant. Families store water in steel or plastic drums. This also doesn’t guarantee a home has a shower or flush system.

Some of the poorer communities in Guayaquil, such as Duran, still have water distribution problems. Families there purchase water from tanqueros, or water-delivery trucks, for about between US$0.75 to $1 per water container. This presents another challenge for families: If a family member is not home when the truck stops by — which could be any time of the day because it is not on a schedule — the family will not have water for a few days. 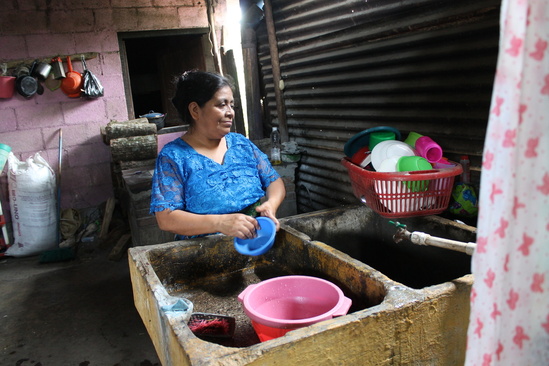 Most families in Guatemala buy access to running water in their homes from the municipal water company.

Those without running water must use public wells, which could be located up to half a mile away, or buy tanks of water from delivery trucks. 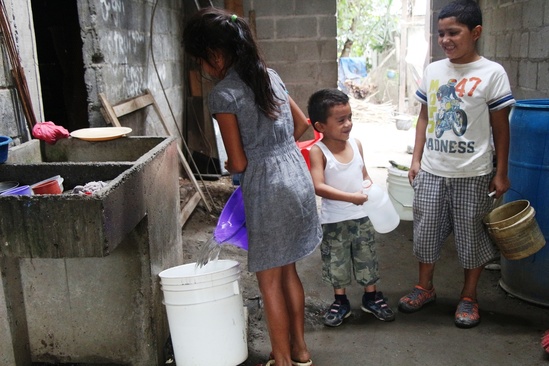 In San Pedro Sula, the majority of families pay about US$1.50 per month for running water in their homes. This typically consists of a simple pipe with a spigot. Potential issues with this type of water source include:

A small percentage of families get water from community wells and other sources. In those instances, the water must be boiled or treated before consumption. 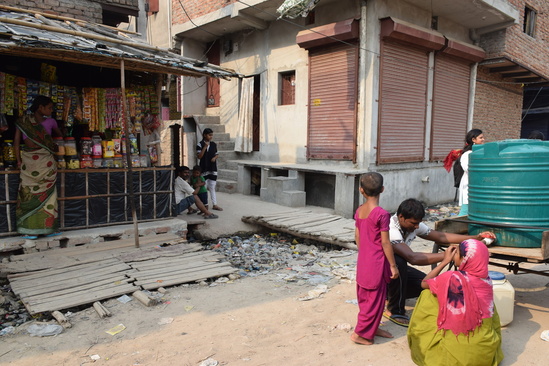 Women are usually responsible for fetching water from community wells, pumps or other bodies of water in both rural and urban Kolkata. In some of the severely drought-prone areas where we work, they must walk many miles to a water source.

In the two overpopulated slums where we work in Delhi, minimal infrastructure and highly erratic electricity and water supply make gathering water difficult. Most families in Bawana have underground bore wells in front of their houses and draw water through an electric pump motor. Those who can’t afford a pump buy water from their neighbors or barrels of water delivered by truck.

No matter their source, the quality of drinking water is very poor due to the practice of open defecation. Families must boil or treat the water before drinking. 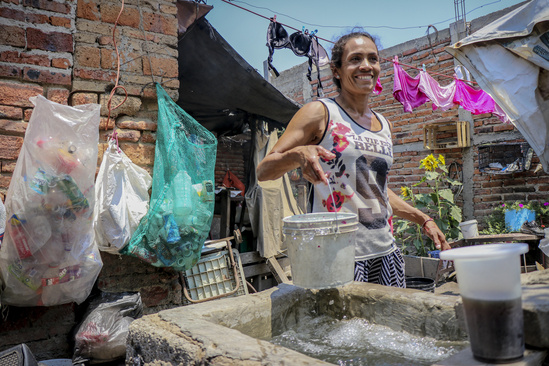 The majority of homes in Children International’s Mexican service areas have running water in their homes. Typically this includes only a faucet — not a shower or flush system. The piped water is probably not safe for drinking.

Families use an average of six containers per month and pay the government about US$8 per month for water. There are cheaper alternatives from other companies, but the quality is questionable, according to our agency staff. 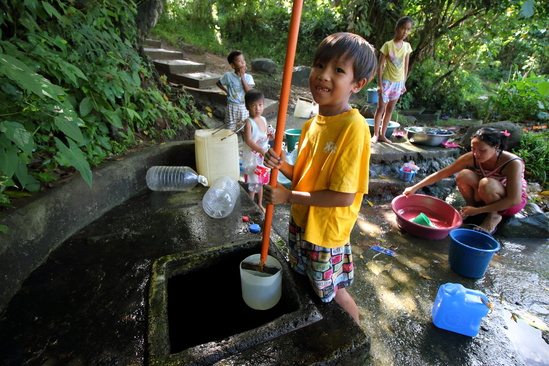 In the Philippines, the majority of families have running water in their homes. This typically consists of a simple pipe with a spigot. Potential issues with this type of water source include:

Families in rural areas commonly fetch water, which must be boiled before consumption, from nearby wells and springs. 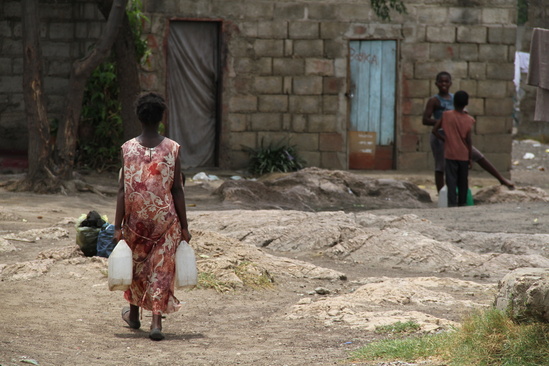 Women and children are typically responsible for gathering water from stand-alone community faucets that are, on average, about a third of a mile from their homes. Families pay about 100 kwacha (~ US$10.25) per 20-liter containers. Despite coming from a faucet, the water is untreated, so women must boil or treat it before drinking.