More about your child's home and water sources:

If your sponsored child is not in school

There are many reasons why children may not be in school. They may not be old enough. Perhaps families can’t afford the transportation, uniforms, fees or school supplies. Teens may not be in school because they must work to support their family or take care of domestic chores. Some youth may have chosen not to continue their education. (In these cases, we work with teens to get them back into school or vocational training.)

If your sponsored child is in school

For sponsored children who are enrolled, staying in school is a constant challenge. Many countries offer free public education but require parents to pay extra costs for things like uniforms, textbooks, transportation and supplies. If a family cannot afford a uniform? Their child can’t go to school. Plus, kids and teens in the 10 countries where we work have a high risk of dropping out for reasons ranging from familial duties to peer pressure to uninspired lessons.

Below, you can learn more about education in your sponsored child’s country. 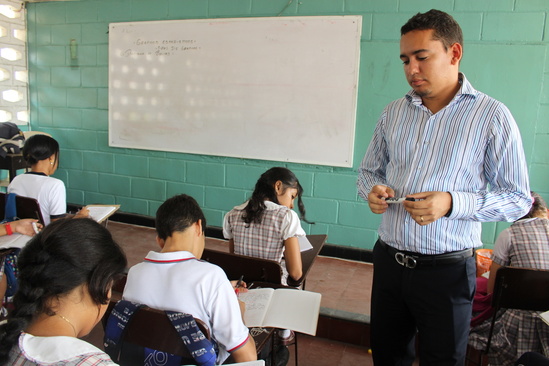 In Colombia, kids must complete 12 years of school:

The school year consists of two semesters, February to June and July to November. Vacation months are June to July and December to January.

Government schools (public schools) are available to sponsored children and nonsponsored children, but these schools are always overcrowded. Other obstacles to education include: A national shortage of education facilities has prompted the government to adopt an automatic promotion policy, putting kids even further behind with little chance of catching up.

According to The Organization for Economic Cooperation and Development, school life expectancy for students from the poorest backgrounds is just 6 years, compared with 12 years for the richest. 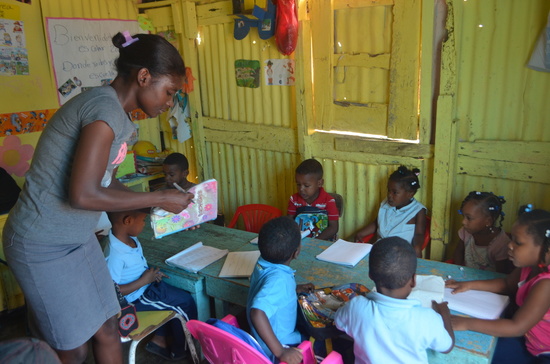 In the Dominican Republic, kids go to school for 12 years:

The school year begins in August and ends in June.

The Dominican constitution provides free public education for children up to the age of 14. The majority of sponsored children attend these schools. Although school is free, students are required to pay for all public primary and secondary supplies — a hardship for impoverished families that struggle to pay even for food.

In the Caribbean nation of nearly 10 million people, the education system ranks among the worst in the world. The Dominican Republic struggles with low test scores, grade repetition and large dropout rates due to a number of factors:

Many sponsored children who want an education must bear the stifling heat in makeshift outdoor classrooms. Kids go to school in shifts, either from 8 a.m. to noon or 2 to 5 p.m. Monday through Friday. 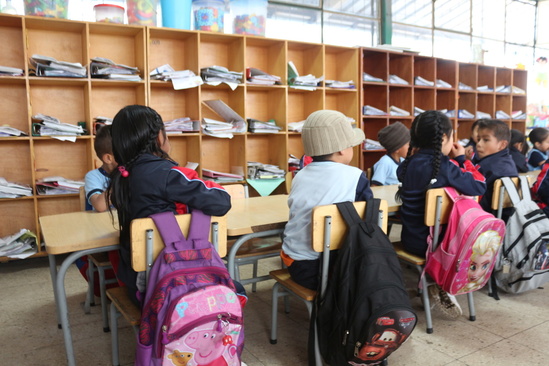 In Ecuador, schooling goes up to 13 years, but only 9 years of education are mandatory:

Kids in Guayaquil and Quito go to school at different times, due to the two cities’ distinct differences in climate. In Guayaquil, kids go to school from May to February and are on vacation during the rainy season, from January to April. In Quito, the school year is divided into semesters. The first semester is from September through December; the second semester is from February through July.

The Ecuadorian constitution stipulates that all children attend school for 9 years and that this be free. In both cities, the majority of our sponsored population attends public school. Classrooms range in size. In Guayaquil, classrooms may have up to 60 students per classroom. In Quito, the average classroom size is 45 kids.

In addition, the percentage of out-of-school kids between 15 and 17 years old is 12% in urban areas and 22% in rural areas.

Despite the high enrollment rates, Ecuador’s education system is not without its issues. Schools are overcrowded and teachers overwhelmed. Social factors make it difficult for some children, especially girls, to gain equal access to education. They may drop out early to help with domestic duties or to marry. 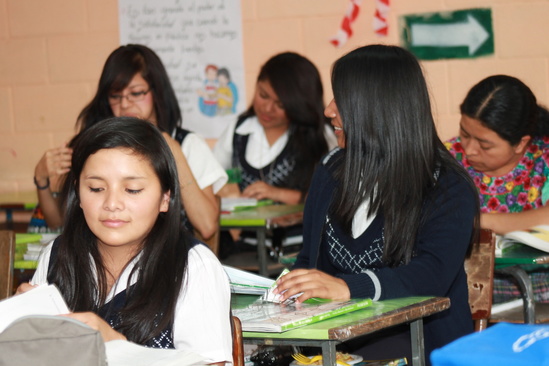 In Guatemala, schooling goes up to 12 years, but only 9 years of education is required:

The school year begins in January and ends in October.

Although the first 9 years of basic education are theoretically free and mandatory, the truth is that outside cities, even primary schools are scarce — especially in rural indigenous areas. The good news is that most of our sponsored children go to public elementary school, with classroom sizes averaging from 40 to 60 students. But families must pay for school uniforms and supplies, putting extra strain on their finances.

However, secondary schooling — junior high and high school — presents its own set of challenges. Just 52% of children in are enrolled in lower secondary school, and much fewer ever make it to upper secondary. Students may drop out because: 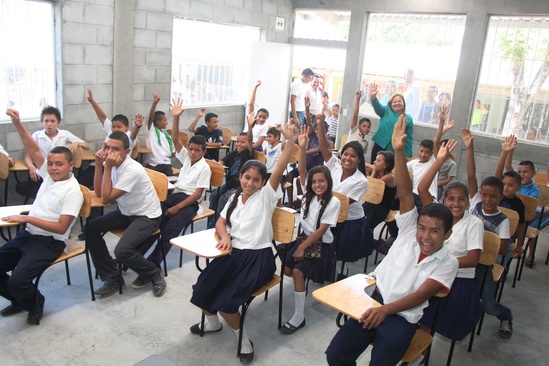 In Honduras, 9 years of school are free and mandatory:

Until the 1960s, Honduras lacked a national education system. Before that, education was the exclusive privilege of the upper class. Today, the Honduran constitution states that every child up to age 14 has the right to a free education.

Children begin elementary school at 6 years old and attend from February to mid-November each year. Nine years of schooling is compulsory.

The Honduran educational system is fraught with issues. A lack of facilities prevents many children from going to school, as do costs such as enrollment fees, school uniforms and transportation costs. Schools are so understaffed that some teachers have 50 to 60 kids in one classroom. The quality of instruction is greatly impaired by poor teacher training, and the situation is worsened by extremely low wages paid to teachers, lack of effective and up-to-date materials and poor administration.

Less than half of all children actually complete the full 9 years and less than a third advances to secondary education. Many students drop out after 6th grade. Boys are encouraged to find work, while girls typically go home and help raise younger siblings until they marry early and start families of their own.

The good news is that sponsorship provides financial support to cash-strapped families who otherwise wouldn’t be able to send their children to school. Many of our sponsored children attend public school. 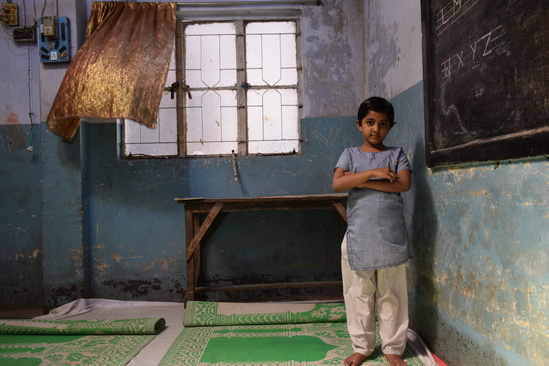 In India, kids must complete 10 years of school, broken down as:

Once youth have completed 10th grade, they must take an exam to gain access to post-secondary school (grades 11 and 12). Post-secondary school offers students a chance to concentrate on one area of study, such as science, commerce and arts/humanities.

According to the 2009 Right to Education Act, schooling is free and compulsory for all children from the ages of 6 to 14. In Delhi and Kolkata, the majority of sponsored children attend government-run schools.

Yet, the Indian educational experience is decidedly lacking. Densely populated areas, like the slums where our kids live, classrooms are severely overcrowded. Conditions are so poor and supplies so scarce that students barely have the chance to learn in the classroom. 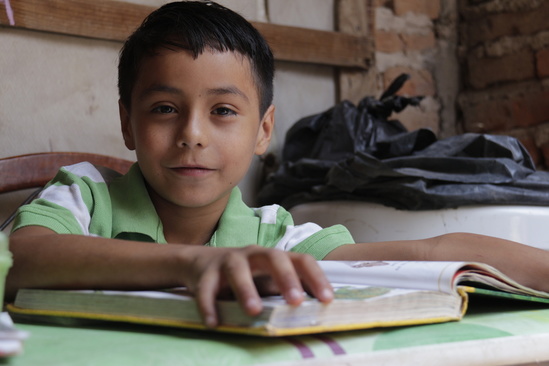 In Mexico, 12 years of school are free and mandatory:

Most of our sponsored population attends school. For those who don’t, the reasons are myriad:

In Mexico, 38% of adults aged 25 to 64 have completed upper secondary education, much lower than the OECD average of 74% and the lowest rate among the countries part of the Organization for Economic Cooperation and Development (OECD).

Mexican children leave school with the worst among OECD partner countries in literacy, math and science skills, with around half failing to meet the most basic standards. The poorest children in Vietnam outperform the most privileged in Mexico. 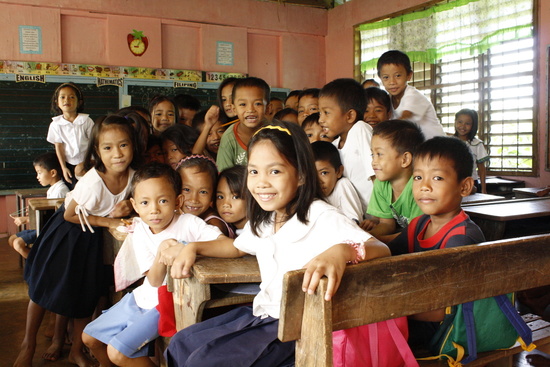 In the Philippines, kids must complete 13 years of school, broken down as:

The Filipino school year begins in June and ends in March.

Although the Philippine constitution requires mandatory, free public education, families are expected to cover other school expenses like supplies, uniforms, tuition fees, and other project fees, which puts a strain on already-tight finances.

Public schools also are extremely overcrowded, with up to 50 kids per classroom. Many of the public schools that our sponsored kids attend provide classes in 2 shifts (from 6 a.m. to noon and noon to about 6 p.m.) to accommodate the overwhelming number of learners.

Finally, 80% of the country’s public schools have no running water, 60% have no toilets, 50% have no electricity and 40% have no roofing, according to our agency staff. 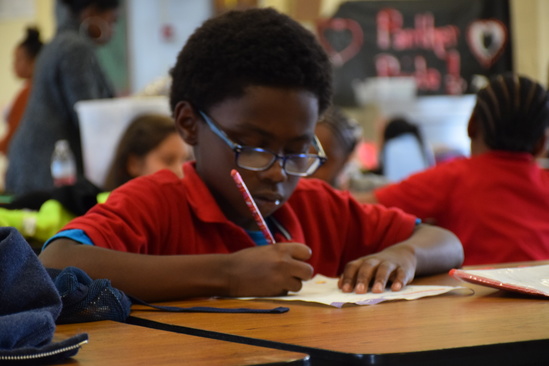 In the U.S., 13 years of education are the standard:

Education is mandatory until age 16 (18 in some states). The government provides free public education through high school. In Arkansas, kids typically go to school from mid-August through mid-May.

Because Children International partners with the school district in Little Rock, our sponsored children are typically enrolled in school. But impoverished children in Arkansas face other barriers to education: 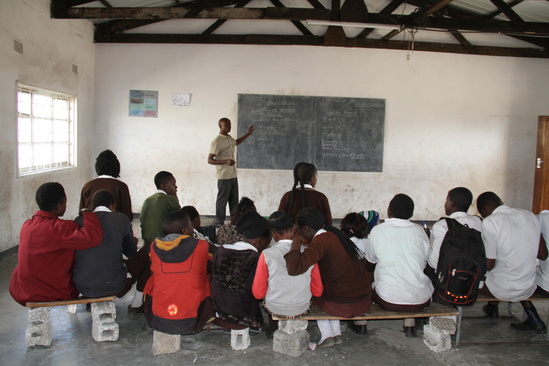 In Zambia, youth must complete 12 years of school, broken down as:

The school year begins in January and consists of three terms. April, August and December are vacation months.

Education for primary and secondary school is now free through a government policy instituted in 2021. While this is a step forward, the teacher-to-pupil ratio has sky-rocketed as high as one teacher per 80 pupils in the highly populated areas where we work.

In addition, poor children sometimes must drop out along the way to get jobs and help support their family. After finishing lower secondary school, it’s common to see youth go off to work. The prevailing culture is that by this time, youth have completed a decent education.