More about your child's schooling and water sources:

The majority of families Children International helps have a permanent address. This is because we must be able to find children and youth to inform them about program activities, services and writing letters to you, their sponsors.

But that doesn’t guarantee their home is in good condition or provides the safety and cover they need to thrive.

Types of homes sponsored families reside in run the gamut from makeshift, one-room shelters to concrete houses. Many times, families live in a homes with one multiuse room, which is where most daily activities — such as eating, sleeping, conversation, homework and relaxing — take place.

As you might observe in your own city, housing can vary dramatically from community to community. Find your sponsored child’s home country below to learn more about the types of home he or she might live in, in addition to the common types of electrical utilities available. 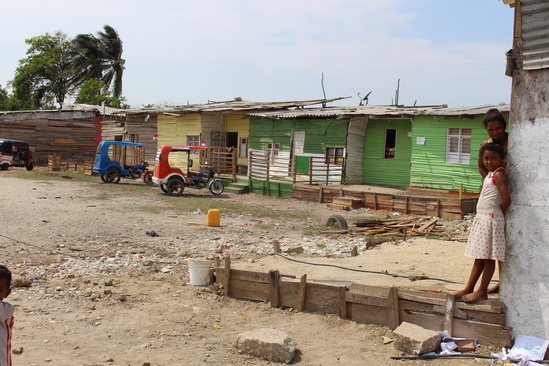 Many of the neighborhoods in Barranquilla and Cartagena where CI works are located in extremely poor areas with small homes made of wood and whatever scrap materials can be found. Some families in Barranquilla are forced to construct homes wherever they can — including atop landfills and near swampland. Homes in Cartagena often are located near small rivers, which puts the communities at risk for flooding and stagnant water.

Nearly all of the areas we serve in Colombia have electricity, typically obtained through nonregulated sources. This means a family may be paying a neighbor for electricity. 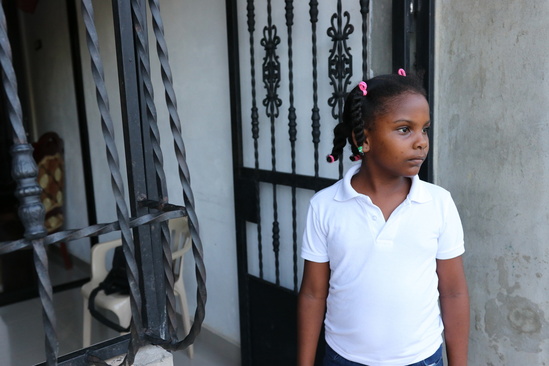 Families typically live in small, two-roomed houses with wood or block walls, concrete or tile floors and zinc or concrete roofs. In these poor communities, rent may take up to half a family’s income; and in other cases, families have simply built flimsy structures wherever they can find space.

Electricity is a problem for Dominicans of all social levels. Regular, prolonged power outages of 12 to 17 hours affect residents in the capital and other towns in the country.

Families in impoverished communities generally have little in the way of public services. They consider themselves lucky if they have access to electricity for 18 or 19 hours a day. Most households of sponsored children receive electricity through nonregulated sources, which means they might be paying a neighbor for electricity. 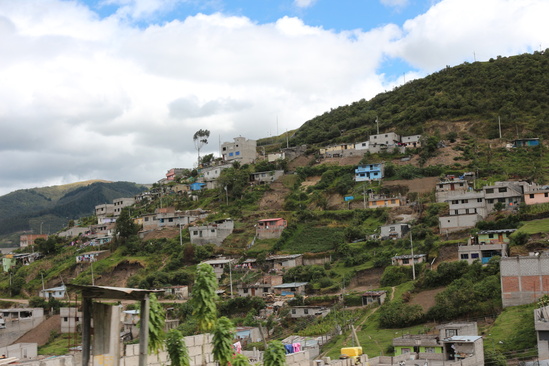 Sponsored families' homes are mostly made of split-cane (bamboo), wood or concrete-block walls; wood, tile or concrete floors; and wood, corrugated-metal or concrete-block roofs — nonexpensive materials they can afford. The most impoverished families might have bamboo houses with plastic or even cardboard walls.

In rural areas, only about half of the homes are built with safe, sturdy materials. Much of the land in these areas belongs to the State.

Although a few sponsored families still tap into neighbors’ electrical lines, the majority of our families can afford to pay for electrical service. 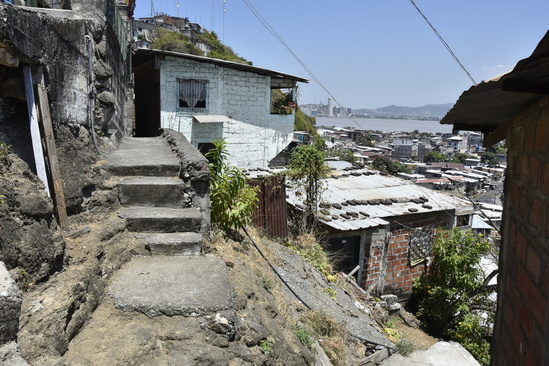 Many families in urban Quito live in borrowed houses, vacated by families who emigrated elsewhere looking for jobs. A small portion of our families own their homes legally; others may own their homes, but lack the legal deeds.

In some parts of the city, houses are so tightly packed together — and even atop one another — that the collection of homes resembles a beehive.

The most common building materials are concrete blocks for walls, concrete floors and corrugated-metal or concrete roofs.

Most of the sponsored population pays a fee for electricity. Those who cannot afford the fee obtain electricity by tapping into their neighbors’ lines. 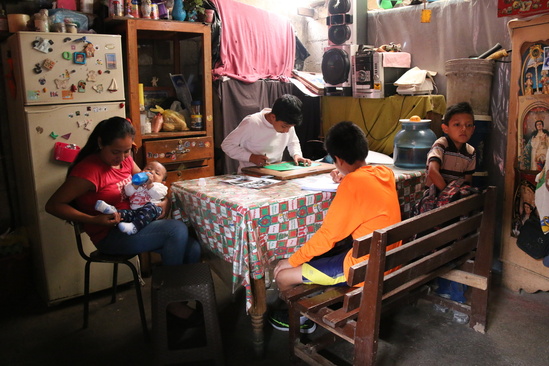 Many of the children we serve in Guatemala live on the outskirts of smaller towns, in densely packed neighborhoods.

For example, families located in the urban area of Tierra Nueva live in houses made of concrete block, and most of them show graffiti that identify gang territories. The rural hamlets are completely different; you can find endless and narrow stairs to the bottom of ravines, surrounded by shacks made of tin sheets divided by dark alleyways. These areas are especially dangerous during the rainy season.

Electricity is available for all families and is obtained through a monthly contribution made to the Institute Nacional de Electricidad (National Institute of Electricity). However, many families from rural or urban areas inhabit government lands as a consequence of higher costs of rent, making electricity unaffordable.

In the villages located in Villa Canales (suburban area), families lack electricity because the government does not support electricity in this area. Most families have found other electrical resources within the area, such as sharing electrical current among several houses, or they use candles. 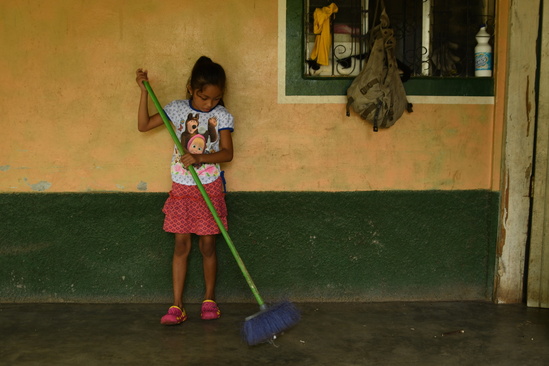 On the outskirts of San Pedro Sula and Copán Ruinas, many of our sponsored families live in poorly constructed homes made with bamboo walls, thatched roofs and dirt floors. Those who live near river banks build their houses with waste materials. The proximity to rivers means their homes flood easily in the winter.

Most of the sponsored population has access to electricity, obtained through the electrical system of the government. 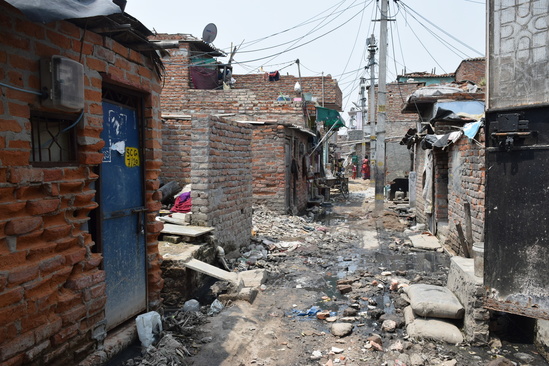 In Delhi and Kolkata, state governments attempted almost two decades ago to alleviate the issues of congestion, deteriorating infrastructure and lack of jobs caused by overpopulation by resettling impoverished families outside the cities. But these resettlement colonies are now facing similar issues.

Shahabad Dairy, for instance, houses more than 21,000 families in six blocks. The tiny homes in this Delhi-based resettlement colony typically house six to eight people. Houses are made of brick walls, concrete roofs and dirt floors. Homes in other parts of Delhi are constructed with bamboo and plastic sheets, with dirt floors.

Electricity is commonly available in the sponsorship areas of Delhi, generated and distributed under government control. We estimate that 95 percent of the population in the service area has electricity.

In Kolkata, substandard living conditions are widespread. Houses are constructed of concrete, bricks, mud, straw, bamboo, tile, plastic sheets, sacks or tin sheets. Some are even less sturdy: cobbled together with scraps of plastic, tin and wood. With annual monsoons striking the area, insufficient refuge from the elements is common.

Electricity is readily available in the urban sponsorship areas of Kolkata, but usually not affordable. In rural areas, less than half of the sponsorship community has electricity. 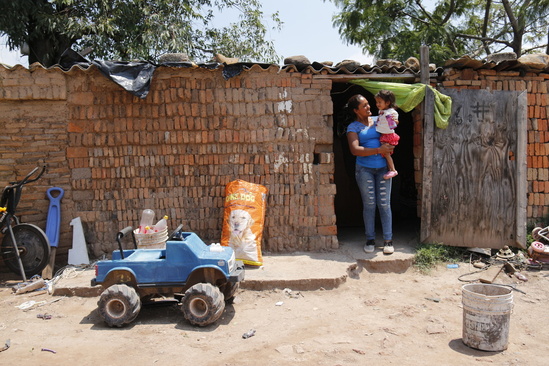 Families living on the outskirts of Guadalajara typically live in one-room cinder-block or brick homes. Roofs are typically cobbled together with scavenged tin, plastic and cardboard. Many homes have dirt floors.

In the more urban areas of Guadalajara, some sponsored families are fortunate to live in small, multiroom concrete houses built by the local government.

Because this region is urban or semi-urban, the majority of the homes have electricity. Some of them obtain it legally (through a contract with the Comision Federal de Electricidad) while others access it through connections from public electricity cables. 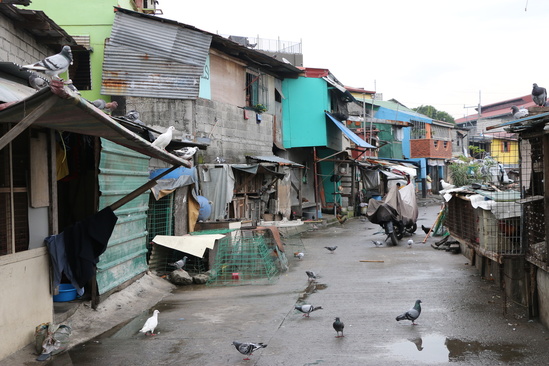 In Manila and parts of Quezon City, sponsored families live in homes with concrete or wood walls, corrugated metal roofs and concrete or dirt floors. The majority of houses have one multiuse room.

About half of our sponsored population has electricity, although most of those receive electricity from nonregulated sources. This means a family may be paying a neighbor for electricity.

In the Bicol region of the Philippines, which includes Legazpi and Tabaco City, most homes are stilt houses made from materials such as plywood and other lumber for walls, bamboo for floors and palm-leaf thatching for roofs. Families living close to the volcano or near a river, however, typically have concrete houses, thanks to their free supply of sand and gravel.

In rural areas, families are sometimes forced to build houses wherever they can — even if they don’t own the land.

Electricity is widely available in the Bicol region of the Philippines. Families who can afford it get regulated electricity by paying membership dues in the local electric cooperative. If a child’s record says electricity is “available,” it means the home is not wired for electricity. 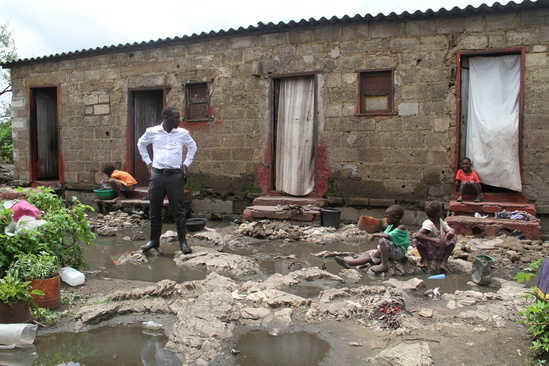 More than 75 percent of residents live in homes constructed from concrete blocks, sheet metal and corrugated tiles. The houses might have one, two or three rooms, and all are built on small plots of land.

Hydro-electric power is widely available from a local electricity company for a fee.