Something special happens when ONE adult connects with ONE child in need. Both lives are changed. The world is changed. The power of (every)ONESM becomes a reality. CI supporter Courtney Howard (26), from Wichita, Kansas, proves it.

“I knew I was interested in helping a child in Africa, and Mathews had waited the longest,” she says. “I didn’t want him to wait any longer.” But Courtney couldn’t stop at sponsoring just one. “I thought Happy was just as cute as a button!” she says. And, with that, it was a done deal. In that moment, three lives — those of Courtney, Mathews and Happy — changed forever.

“I was so excited that I could help these kids, even though they were so far away,” Courtney tells us. But, the distance between her and her kids soon became a lot shorter. Not long after sponsoring them, Courtney and her fiancé, Brandon, decided to visit the boys at their home in Lusaka, Zambia.

“I was nervous on the plane rides over because I have a big fear of flying,” Courtney remembers. But her stress disappeared completely the second she saw the boys. “It felt a little like a dream!” she says. “It was amazing!

Suddenly, my 2D kids had become 3D! I will remember it for the rest of my life.” 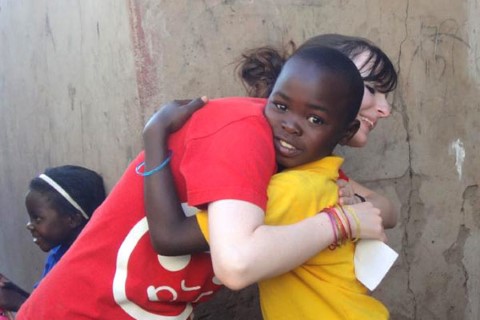 Saying goodbye was joyously heartbreaking for Courtney and Happy. But the two have vowed to see each other again.

Changing lives is a two-way street

“I feel like it has filled a hole in my life that I didn’t know I had,” Courtney says. “Sometimes things feel overwhelming as a whole, but when you break it down to just yourself and just one other person, you realize you can make a difference. 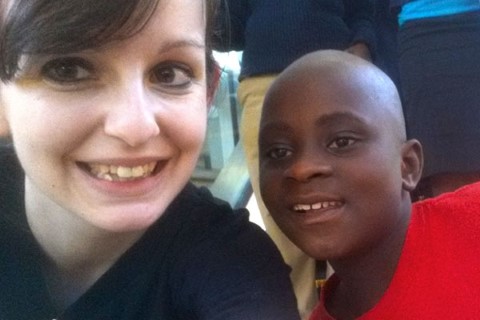 Courtney and Mathews snap a few selfies while partaking in a little shopping therapy at the local mall.

“I can’t sponsor every child, but I can sponsor Happy and Mathews and make a difference to them.”

Now, Courtney’s goal is to share the power of (every)ONE with friends and family. “Recently, one of my friends started sponsoring a little girl in Ecuador,” she says. “It’s such a good feeling to share CI with others and know you’re helping kids in need.

“If each person could just do whatever they could, millions of people would be helped. That power is huge.”

Check out another uplifting story of support! 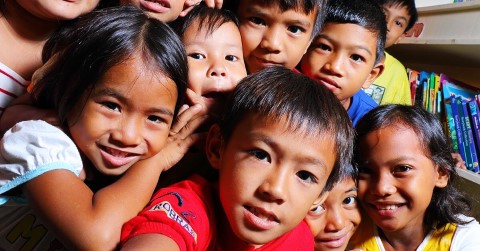 How do we look? 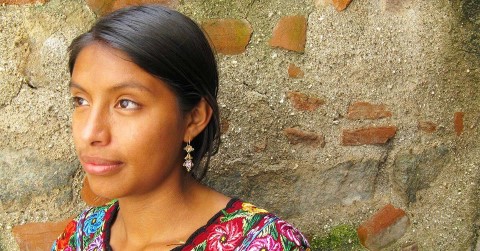 The 4 pillars of our vision 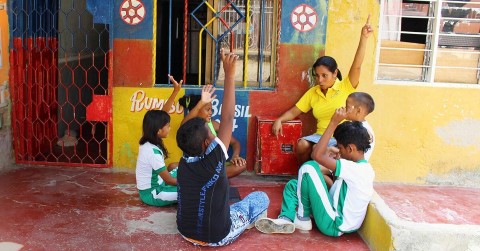 The big 3: Our plan for real impact