Power of ONE: A volunteer in Lusaka inspires a desperate community

Volunteers like John Mukange are indispensable to the work our supporters make possible.

Inspiration comes in many forms: People, art, science, nature. The origin of the word “inspire” is from the Latin word for “breathe or blow into,” and it expresses the notion of imparting a truth or an idea to someone.

One group of heroes who don’t receive enough recognition for their efforts are CI volunteers. Nearly 9,000 of these dedicated individuals are doing indispensable work for us in communities across the globe. Because we can’t possibly tell all of their stories, we’ve captured one here — one who uniquely encapsulates the power and inspiration of CI volunteerism. 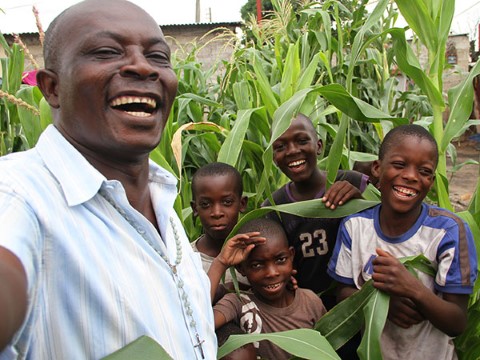 John is an inspiration to us all, proving that one person can have a big impact.

John Mukange signed up to volunteer with CI in Lusaka, Zambia, before we even officially opened our doors. He was one of eight original volunteers onboard in 2003, the year before program operations began.

“I decided to become a volunteer to help my community,” says John, specifically citing the fact that many young people were being lost to selling and doing drugs. “The police don’t even come to help the community,” he adds.* “I was scared for my children. And I consider all these children [in the community] as my children.”

John tells us that when he learned about the programs being offered, he was immediately engaged because these are proven effective at alleviating poverty. “I wanted to connect people with those programs,” he says. 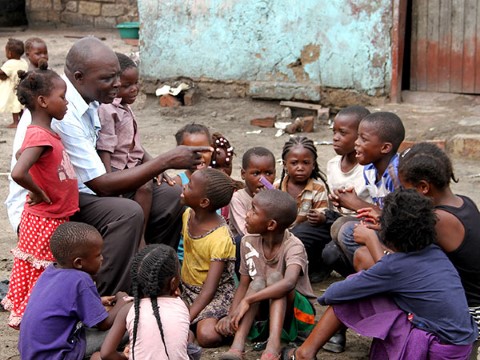 “I realized it was up to us to change this community,” says John, “by protecting our children.”

John lives and volunteers in Chibolya, a pocket of deep, profound poverty within Lusaka. He is well-known here, and his presence is as uplifting as it is powerful. Albert Mundiya, a fellow community member who has known John for many years, reminds us that John is living proof that one person can make a big imprint. John has even helped Albert personally. “John’s council helped me improve my marriage, and now we have a stronger family,” he says. “John also formed a support group that helps out-of-school youth and teen moms return to school. The group also encourages parents and guardians to be more responsible for their children.”

Albert adds that John has helped many Chibolyans stop drinking and abusing drugs. Put simply, says Albert, “Mr. Mukange is a good leader who knows how to embrace people and is very encouraging.” 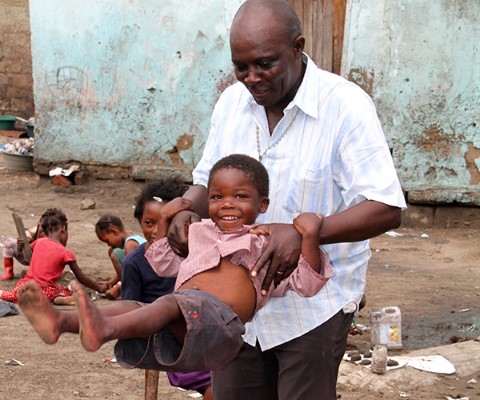 The joy John finds in helping others is definitely contagious!

John has seen many lasting changes in the 13 years since CI began offering its programs in Lusaka. “Children who were malnourished,” John says, “have recovered and are well after being in the nutrition program. Others who were out of school have completed their education.” In Chibolya, we are starting to see the first generation of sponsored children entering college. John was influential in bringing about such achievements. “One of the children I enrolled in sponsorship is now in university, studying agriculture,” says John, beaming like a proud parent.

“I really needed a platform to help educate community members,” John tells us, “and Children International gave me that opportunity.”

*Living in neighborhoods that police refuse to enter is a sad reality in some of our communities around the world. These neighborhoods are called “Red Zones.”