Honduras has a long road to recovery from Hurricanes Iota, Eta, as it enters rainy season 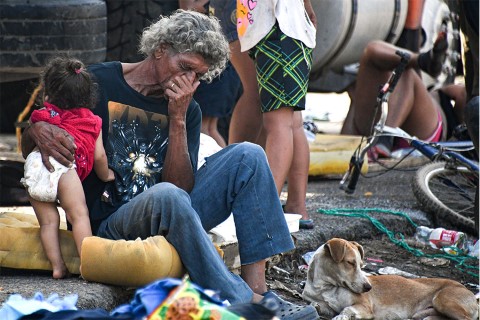 (December 3, 2020) When Hurricane Iota made landfall, the region was struggling to recover from the widespread devastation caused by Hurricane Eta just two weeks prior. More than 3.6 million people across Central America have been affected by the storm to varying degrees and hundreds of thousands have been left homeless.

According to USA Today, the death toll in Honduras from Eta alone was estimated at more than 50, with damage from the torrential rains, catastrophic flooding and devastating landslides estimated at more than $5 billion. Not only have thousands of homes been destroyed by the two storms, the area is now without food, potable water and electricity.

We estimate 2,000 Children International families have been directly affected by the storms, but we will not have the final count for weeks, while we reach out to every family living in the impacted areas. Many, if not all families have likely suffered a total loss of property and have moved to designated shelters. Cases of COVID-19 are expected to increase as more people gather, as are other illnesses such as diarrhea, skin infections, flu and dengue.

Because most lost all their belongings, Children International will work to print personal identification for sponsored children and families.

Local staff is working to respond to the destruction in phases:

Our sponsored communities will need help to recover from this storm and get back on their feet.

To help overwhelmed families, donate to the Critical Needs Fund.