Child photos and some MyCI features may be temporarily unavailable while we complete website maintenance. We’re sorry for the inconvenience! 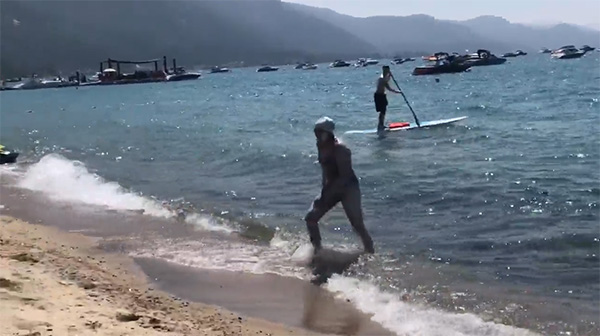 Emerging from the water just after noon on Saturday, Aug. 25, after more than 15 hours of swimming, Angel became the youngest person — by far — to achieve the California Triple Crown of marathon swimming. Having already conquered the Santa Barbara Channel (12 miles and 7.5 hours to swim) and the Catalina Channel (20 miles and 14.5 hours to swim), More completed the last leg to take the Crown by swimming the length of Lake Tahoe (21.3 miles).

Angel’s supporters around the world – including sponsored children, and even past world record-holder and three-time Olympic gold medalist swimmer, Mary Plant – encouraged and congratulated Angel on setting a world record to help make a difference.

Angel is no stranger to inspiring others by accomplishing unbelievable feats. She held the record for the youngest girl to climb Mt. Kilimanjaro, the highest point in Africa, when she was only 10 years old. During her training, she raised approximately $40,000 for Children International, a leading nonprofit organization that helps children around the world break the cycle of poverty. 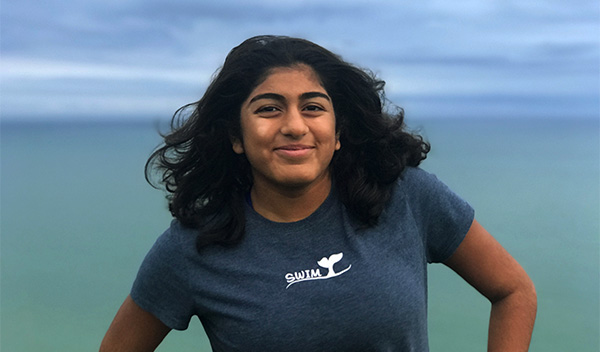 “My family sponsors six kids — ranging in age from 8 to 15 — from Guatemala, India and Honduras through Children International,” Angel says. “My parents are from India, and I’m the same age as one of the girls, named Supriya, we sponsor there. It struck me that we are so much more alike than different. The difference between us is circumstances. I was born into a life of opportunity, and she was born into a life of poverty. I give back because these kids deserve a fighting chance.”

In addition to her extensive list of individual records as a triathlete, hiker, bicyclist and open-water swimmer, Angel is also inspiring other teenagers to take on world poverty with an event she organized called “Escape From Alcatraz to Escape From Poverty” with all proceeds going to Children International. With Angel’s guidance, high-school swimmers in October will swim from Alcatraz to the San Francisco mainland, something she has done 51 times!

“Young people with courage and determination can overcome seemingly impossible odds. Angel is proof of that. Every child who graduates from our Children International program and goes on to become employed and a community leader is proof of that. In developing and demonstrating her bravery, Angel has found a way to give youth around the world a chance to discover their own. Angel represents the new age of philanthropy. She’s tackling the issue of global poverty head on and empowering her peers to do the same.

“As technology and social media make the world smaller and more connected, a growing number of Millennials and Generation Z leaders are taking on social issues, supporting causes they believe in and rallying others. We are fortunate to have trail-blazers like Angel walking alongside Children International in this important work!”

Check out Angel’s blog. Her Catalina Channel Post on the 20-mile swim is particularly inspiring.

See current news coverage. Anyone can donate to her fundraising page for Children International.